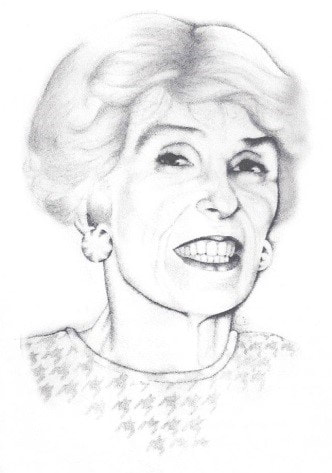 ​Betty Rowland Probasco was born in 1929 and lived in Estill County for the first 13 years of her life until her family moved to Lexington.  Her father owned Rowland Drug Store located on Main Street in Irvine.  She was introduced to golf at the local course, the Estill County Golf Club.  Verlon Prewitt caddied for her often when other caddies were not available. He was 7 and she was 13. Fortunately, she had a small cloth bag with only 4-5 clubs that the young lad could handle quite well.

Betty presently lives with husband Scott (married in 1955) in a beautiful home built on the cliff of Lookout Mountain overlooking Chattanooga, Tennessee and the Tennessee River. She still plays golf three times a week and maintains that winning eight Tennessee Championships were not enough.