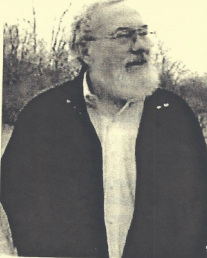 Dr. Charles Terry was born in 1939 in Jackson, Kentucky. His parents were Elmer J. Terry, who was a schoolteacher, a Kentucky State Representative, and a champion at the game of checkers. His mother, Omeda H. Terry grew up in an orphanage.

Elmer died in 1945 when Charles was 6 years old and Omeda was left with five small children.  She was a wonderful mother who was committed to her children and worked to see them all graduate from college. She was a dedicated church member and was selected as the Kentucky Mother of the Year in the early 1960’s.

Dr. Terry attended Jackson City High School and graduated in 1957 as the Salutatorian. He played center on the high school (Tigers) basketball team, was in the Beta Club and played trumpet in the band.

Dr. Terry married his childhood sweetheart, Brenda Napier, while they were freshman at UK. They had their children, Mark and Tracy during college and medical school.

Dr. Terry knew at an early age that he wanted to become a doctor.  His family lived on the second floor of a business in Jackson and within a few feet of three doctors, one in the building on either side of his home and one across the street. He had great respect for those doctors and they inspired him to the field of healing. Of course his mother had very high aspirations for Charles and his siblings and provided the opportunities for his education.

Dr. Terry came to Irvine at the absolute insistence of Bill Higginbotham.  Dr. Virginia Wallace has started to work for the Health Department in Madison County, which left Irvine with only Dr. Glenn Marcum to care for the entire county.  Dr. Marcum was insisting that he must have some help and could not continue by himself as Estill County’s only doctor.  After politely declining the invitation to move to Irvine, Dr. Terry received a phone call in the wee hours of the morning from Bill Higginbotham who said that he just wouldn’t take “no” for an answer.  He started his practice in Dr. Virginia’s old office, which included all the furniture and supplies for the rental price of $35.00 per month.  Dr. Terry convinced Dr. Virginia to return to Irvine in 1967 as his partner in the Estill Medical Clinic.

Dr. Terry is a dedicated member of the Wisemantown United Methodist Church and past chairman of the Estill County Democratic Party.  For relaxation he enjoys his family, camping and working on his farm. He has been on several private retreats where he fasted for several days. On one occasion, while his daughter was in a coma, the result of a tragic automobile accident , he went to a mountain in Estill County where he isolated himself from everyone including his wife and family and prayed and fasted for 40 days and nights.

His children have always been a source of pride for Dr. Terry.  Tracy continues to be a beautiful lady as she was a beautiful girl before her accident. Mark became an attorney and was elected to the office of Estill County Attorney.  While in office, Mark had a stroke that caused him to not be able to continue in his career but Dr. Terry continued his tremendous pride for Mark’s accomplishments in his life.  His pride also continues in Mark’s children.

A member of his family had said that Dr. Terry is private and honest to a fault.  He is the epitome of one who truly practices what he preaches. (With exception of his occasional weakness for sweets) His wife, Brenda recalls the time when Dr. Terry and two other residents at UK were asked why they wanted to become doctors. The other quickly said that they could become wealthy and be highly respected in their communities as a doctor.  However, Dr. Terry said that he wanted to be a doctor in order to heal those who were sick. It is evident to all who are privileged to know Dr. Terry as their doctor and friend that he became a doctor and came to Estill County to heal those who were sick.