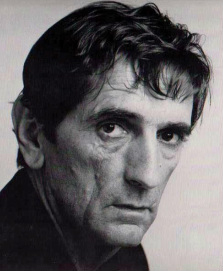 Harry Dean Stanton was born July 14, 1926 in a house in West Irvine, Kentucky, the son of Ersel Moberly Stanton, a hair dresser, and Sheridan Harry “Shorty” Stanton, a tobacco farmer and barber. His parents divorced when he was in high school and later re-married. He has two younger brothers, Archie and Ralph, and a younger half-brother, Stan. Harry attended Lafayette High School in Lexington and went on to study journalism and radio arts at the University of Kentucky. He also studied at the Pasadena Playhouse in Pasadena, California, where his classmates included his friends, Tyler MacDuff and Dana Andrews.

Harry is a US Navy veteran of World War II, serving as a cook aboard an LST during the Battle of Okinawa.

While he is a singer with The Harry Dean Stanton Band and plays venues around Los Angeles, Harry is most notably an actor.  In fact, Entertainment Weekly has called him “perhaps the greatest character actor alive.” He has appeared in over 100 movies and 50 television shows, and is still going strong at age 84. Appearing the last few years in HBO’s acclaimed Big Love has earned Harry some of his best reviews. In 2011, look for Harry in This Must Be the Place with Sean Penn and Frances McDormand, Art’s Demise with Val Kilmer and Michael Madsen, and as a character voice in the animated Rango starring fellow Kentucky native Johnny Depp.

Some of Harry Dean’s most notable roles have been in such films as: Paris, Texas, Repo Man, Alien, One Magic Christmas, Escape from New York, and Pretty in Pink. Harry’s list of friends is a veritable “who’s who” of Hollywood, but he takes it all in stride.  One-time love interest but lifelong friend Rebecca De Mornay said of Harry, “It’s hard to find an actor who doesn’t admire him. They need to be around him because, in terms of being true to himself, he's such the real thing. He just is who he is.” One interesting point of trivia that makes Harry grin is that Debbie Harry’s lyric, “'I want that man, I want to dance with Harry Dean” was about him.

Harry Dean has been a source of pride for Estill Countians for decades, exemplifying that even someone from little ol’ Estill County can “run with the big dogs.” Regardless of all his fame and notoriety, Harry has never shunned his Estill County roots.  Upon watching the movie “Fire Down Below” starring Steven Seagal, one can see that Harry’s character “Cotton Harry” uses mannerisms and sayings borrowed from his Estill County family.  He was very close to his Aunt Beulah Richardson of Irvine, calling her often to catch up, and Beulah would never miss a showing of one of his films on television. Harry once said, “I was born on the edge of the mountains in Kentucky and now although I live in Hollywood I still feel more related to nature. It's an attitude.”