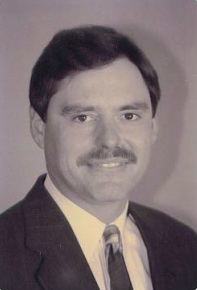 John Mason St. Clair, Jr., was born March 28, 1953, in Berea, Kentucky, and was the son of the late John Mason St. Clair, Sr. and Bessie Mae Lake St. Clair. He lived in Mt. Vernon, Kentucky where he graduated high school in 1971. He was a 1975 graduate of Eastern Kentucky University where he served with the ROTC. He was also a 1978 graduate of the FDIC School for Senior Examiners and a 1983 graduate of LSU’s Graduate School of Banking. John’s business career began after graduating college by working for the Department of Financial Institutions as a field examiner.

He served on several boards and committees including the Estill County Chamber of Commerce, Estill County Industrial Authority, Richmond Industrial Authority and past President of the Community Bankers of Kentucky. He also served as a board member with the Bankers Bank of Kentucky and the Bluegrass Bankers Association. He was a member of the First Christian Church in Mt. Vernon, Kentucky, where he had served as youth minister.

John loved to hunt wild game; he went on several bear hunting trips to Maine and also a brown bear hunt in Alaska for three weeks. He loved to tell the story of how they almost starved to death, and it was evident when he came home two pants size smaller. He also loved to fish and bird hunt, hobbies he and his father both enjoyed and did together. He even got his daughter Jaclyn to go turkey hunting with him.

John’s accomplishments are not unnoticed in this community; it was through John’s efforts in working with Governor Paul Patton that the Estill County Industrial Park was developed which gave Carhartt a location to build their new plant. He made the decision in the early nineties to make permanent the headquarters for Citizens Guaranty Bank in Irvine, while branching across county lines. He helped lead the way for crossing county lines to branch.

He made Estill County his home and was dedicated to community banking and generously giving back to our community.

John’s wife Kathy now resides in Irvine and their daughter Jaclyn is currently a Junior at Depaul University in Chicago.