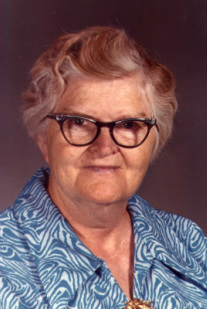 Ellen was a wonderful teacher as evidenced by the many students who remember her so fondly.  Her school life started when the new Mountain Springs School was being built.  Half of her first day was spent in the old school building, but after lunch, the men who were working to complete the new  building assisted the little children by lifting them in the door of the new building.  By the time school was dismissed for the day, the workmen had completed constructing the new steps and the children could walk down on their own.  She taught at most of the Estill County Schools, which were within walking distance of her home. She said that her first salary was $32.50 for a month’s work, but she felt rich. A few of the schools where she taught were Witt School, Mountain Springs School, Watson School, Cobb Hill School and Furnace School.  Later, after she moved she would teach at Harris School, Hargett Elementary and South Irvine Elementary School.

Ellen always loved teaching but didn’t care much for the changes that often came.  At the end of each school year, she shed tears for the timey group of youngsters who would never be in her class again.  She was convinced that some of her better teaching days were in the old one room schools where she was not confined by bells, lines and schedules.

Ellen was assigned to Furnace School after that school had lost several teachers. Some of the big boys had run them off.  The story goes that she walked into the school with a hand full of switches, a Bible and various other schoolbooks.  She told the students, “I’m here to teach and if you stay, you are going to learn.” By lunchtime, she had switched most of the students in the room, some more that once. She remained and was the survivor. While at Furnace she had her largest number of students, 77. It was during WWII and many of the male teachers had gone into service.  The next largest class and her most difficult year  ,was at South Irvine Elementary when she had 54 first graders enrolled in her room during the year.  A parent (who was a teacher as well) of one of those students said that it was the best start in school that any of his children received during their school years.  The class contained no less than two students who would be in special education classes today.  One of the students tried to fly all day and the other broke anything that he could get in his hands.

In total, Miss Ellen taught 46 years.  She taught several years in the Head start program as well.  She ended her career after 23 years of teaching first grade at South Irvine Elementary School.

As mentioned earlier, both of Ellen’s parents were Rogers.  She often called herself a “full blooded Rogers” and this led to enormous enjoyment during her later years.  Ellen developed a love for genealogy and during the mid 1960’s, she ordered an ancestral book to record her family history.  She was not able to trace her family back too far but she saw that she could spread out her search and spread out she did, into her great aunts, uncles and every other family who had a remote connection with the Rodgers.  One of her biggest disappointments was not being able to find her great, great grandmother Susannah Rogers who remained a mysterious lady for Ellen.

Because of her work on family histories, an untold number of others in the family became budding genealogists.  Because of her questions about their own families, they felt  that they also needed to know more.   Ellen received many calls and letters from family and others and she always took time to answer them.  The teacher and helper in her was always there for them.

Ellen assisted the Estill County Genealogical and Historical Society on many projects and was a lifetime member.  She produced several genealogical publications including:

A Estill County Cemetery Book in 1976

Ellen never married and moved to South Irvine on Doe Creek Road in 1950 where she lived until her death from a massive heart attack on March 22, 2000.  One of her last happy accomplishments was to get the 2000 United States census form filled out and submitted.  This allowed her to be accounted for in the hearts of her family, her friends and especially in the hearts of the many children who were blessed to be taught by Miss Rogers.