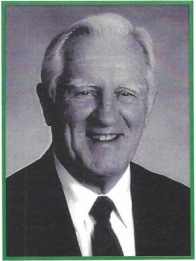 Robert W. "Bob" Shaffer was born in Altoona, Pennsylvania, in 1930. He spent his childhood years in Lock Haven and Williamsport,  Pennsylvania. From there he went on to Wheaton College, Illinois where he graduated in 1952. As a youth, Bob felt a strong desire to help people improve their lives. After college, he attended Princeton Theological Seminary in New Jersey. During that time he served as student ministerofa small chapel in Ogdensburg, New Jersey. His goal was to help that congregation grow and be able to support itself as a new Presbyterian Church and that was achieved in 1995. Bob was installed as the first pastor of the new church.

In 1963, Bob became the pastor of the Presbyterian Church in Glassboro,  NJ  and  that year he and his father participated in the March on Washington, where Martin Luther King gave his "I Have a Dream" speech. This moved him to address racial segregation and in 1964, in response to a call for ministers to go to Mississippi to assist in voter registration, he worked in Hattiesburg, Mississippi during the time that three young civil rights workers were murdered and buried in a Mississippi dyke. He returned home and recruited more people to go to Mississippi. He helped organize the Glassboro-Elk Township Human Relations Council that brought black and white citizens together for the first time. Bob helped a Migrant Labor Council address unacceptable conditions in migrant labor camps.

As a result of this work, Sargent Shriver, head of the federal government's anti-poverty office chose him as one of twenty specialists to be out-stationed in one or more of the 100 poorest counties in the nation. Bob chose the Cumberland Valley area of eastern Kentucky after reading Harry Caudill's "Night Comers to the Cumberlands". He arrived in Berea in 1967 and worked to organize Community Action Agencies in numerous southeastern Kentucky counties. Soon there were industrial facilities in those counties manufacturing high value items for sale in major stores across the nation. The boards of directors included many low-income representatives which was a near perfect example of the intent of the anti-poverty legislation. In 1972, the name was changed to the Kentucky Highlands Investment Corporation and today has assets of over $150 million and has provided over $250 million in wages. Other significant involvements of  Bob  included the Kentucky Poor People's Coalition, the federal Head Start program, and the Fair Share Housing Development  in Cherry Hill, NJ.

In 1991,Bob andhiswife moved back to Kentucky, to a farm on Red Lick. Along with other leaders of Estill County, he helped to organize 21"Century, Inc. now known as Estill Development Alliance (EDA), to achieve community and economic development designed to improve the quality of life for the people of Estill County. He served as chairman of that board for about 12 years. EDA helped to obtain a Renaissance Grant from the state of Kentucky to give rebirth to downtown Irvine.  EDA has played a key role in bringing over $3 million dollars to the county from outside sources. One of the most significant accomplishments that Bob spearheaded was as spokesperson for a citizen's group to prevent Ashland Oil, Inc. and Waste Management, Inc. from dumping radioactive soil in the Estill County Landfill. Determination, skill and peaceful protests compelled these multimillion dollar corporations to abandon their plans.

Since moving to Kentucky in 1991, Bob has served as interim pastor in Presbyterian churches in Berea, Winchester, Mount Sterling, and Stanford. Most recently, he completed his second interim pastorate at Union Church in Berea.  In 1999 Bob organized a work team to help build housing for Honduran families who lost everything in Hurricane Mitch.

Bob Shaffer says that nothing accomplished in his life would have been possible without the strong support and encouragement of his wife, Carol, and their five children, Stephen, Beth,  Daniel,  Collin and Ben.