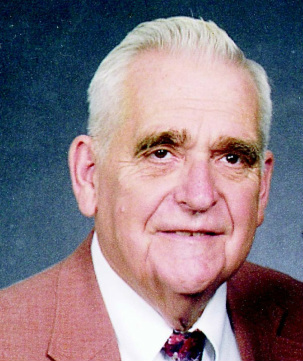 W.T. “Tom” Williams is a life-long resident of Estill County.  He is the son of Columbus and Virgil (Eades) Williams.  He has one sister, Kathlene Williams Murrell and one brother, Billy Williams.  Tom is a graduate of  Irvine High School and is a proud “Golden Eagle”.

Tom has a long history of public service with 17 years as the mayor of Irvine, 26 years as a city councilman and 22 years as a Kentucky National Guardsman.  Tom has served on the Housing Authority Board, the Bluegrass Area Development Boards, was a Transportation Committee member and until this year a member of the Estill Development Alliance board.

Tom’s has over 43 years of service to the community of Estill County and it’s been said that the words, “I can’t” do not exist in his vocabulary.  His friends will gladly tell you that he has a heart the size of Texas.  While Tom was the mayor of Irvine a new city hall and police station were built in 2006. The helipad was established on city property in 1991 linking Irvine with medical facilities in Lexington.  Of the many grants Estill County received while Tom was mayor the new city parking lot was built and the Renaissance Apartments brought much needed housing to downtown Irvine.  Under Tom’s leadership the city donated land for the community fire department as well as the EMS building.  Tom was instrumental in establishing a 911 service in Estill County and during his tenure the Salem Curve and Highway 89 were both realigned and River Drive was widened to 3 lanes.  24 hour fire protection was also established during Tom’s tenure as mayor.

An important part of serving your community is helping your fellow citizens and Rhonda Gould mention how Tom played an important role in the growth and success of all those who have served with him over the years.  He has affected not just those elected to serve on the city council but young men and women called city employees. Tom gave many an opportunity to reach goals they never thought possible.  Even if it was just a stranger passing though he still thought to give that individual a chance and if need be even a second chance would be given.  To put it bluntly, Tom never gave up on his fellow citizens and always believed that they could contribute to the common good if given a shot.  Another interesting fact that is in 17 years of service as the mayor Tom was only absent 6 times.  That is an incredible track record!

Tom and his wife Nelle have 3 children, two sons, Kevin and Thomas and one daughter C-Ann and are the proud grandparents to one grandson, Thomas.  Tom has a beloved dog, Traveler, and feeds all the neighborhood cats every day.